The Ohio Legislature completed its two-year legislative session during the second week of December and will begin a new two-year session in January of 2013. It is anticipated that much of the first six months of the session will be focused on Governor Kasich’s biennial budget proposal that will fund state government for the period July 1, 2013 – June 30, 2015.

Below is a summary of the legislative and regulatory activities during the 2011-2012 legislative session that impact Ohio’s funeral industry.

OFDA is pleased to report that H.B. 481 was passed into law in December and will become effective on March 22, 2013.  H.B. 481 was introduced by Representative Bob Hackett (R-London) and made the following changes/additions to Ohio’s funeral laws:

During the short “lame duck” legislative session after the November general election, the Catholic Conference of Ohio formally opposed the inclusion of alkaline hydrolysis in H.B. 481 in a letter which included the following inflammatory statement: “Dissolving bodies in a vat of chemicals and pouring the resultant liquid down the drain is not a respectful way to dispose of human remains.”  Their opposition resulted in legislative leaders determining that there needed to be further evaluation of this issue.

S.B. 308, introduced by Senator Tim Schaffer, proposed to amend Ohio law to require life insurers to disclose a deceased’s personal information to a funeral home for the limited purpose of planning a funeral and disposition of a deceased.  One of the key provisions of this legislation was the requirement that a life insurer provide life insurance policy information within one business day.   This is because in most cases, within 24 hours of death the funeral home and the deceased’s family are finalizing the details of the funeral and disposition. The legislation would have created a form that the person with the right of disposition under Ohio law could complete to authorize a funeral home to receive life insurance policy information relating to the deceased.

After sponsor and proponent committee hearings on the legislation, representatives of the life insurance industry commented that current Ohio law already authorizes the disclosure of life insurance information to a funeral home if authorized by a beneficiary and that an Ohio Department of Insurance (ODI) Bulletin could possibly be prepared to help clarify this issue for the benefit of all interested parties.

Senator Schaffer then called a meeting of interested parties to discuss any concerns with the legislation and as a result of the meeting he determined that requesting a Bulletin from ODI was an appropriate next step. During the past several months OFDA has been working with the Association of Ohio Life Insurance Companies (AOLIC) to submit draft language for ODI’s consideration. The language has been submitted and we are awaiting a formal response from ODI.

Senator Tim Schaffer introduced S.B. 294 which includes significant updates and changes to Ohio’s environmental laws.  With respect to the disposal of infectious wastes, the bill preserves the ability of infectious waste generators (including funeral homes and embalming facilities) that produce fewer than 50 pounds of infectious waste in any one month to transport and dispose of such wastes in the same manner as solid wastes.

The bill has been signed into law by Governor Kasich and became effective date of September 5, 2012.

During the past few months OFDA has been meeting with representatives of the State Board of Embalmers and Funeral Directors relating to updates to Ohio’s funeral laws. Some of the issues may be considered as part of the next state biennial budget which goes into effect on July 1, 2013.

One of the major priorities of the State Board is to increase licensure fees. According to the State Board the fees have not been increased for eleven years.  The additional funding would be used to hire 2 additional inspectors (there are currently two inspectors) so that all facilities can be inspected once a year. There are approximately 1184 licensed funeral homes, 113 crematories and 3 embalming facilities. It is estimated that one inspector could inspect 325 facilities per year.  Inspectors are also involved with investigations and apprentices.

Fees would increase by 25% for individual licenses and 50% for facility licenses. Below is a listing of the proposed fee increases:

The State Board also recommends disbanding the Crematory Review Board as being duplicative to the authority the Board already has to regulate crematories.

Another budget proposal from the State Board is to authorize the Board’s executive director and staff to enter the premises of any licensed facility under the Board’s jurisdiction to inspect the facility and premises. The Board’s stated intent for the expanded authority is to be able to continue the work of the Board when an inspector may be sick, on vacation or absent due to some other form of leave. 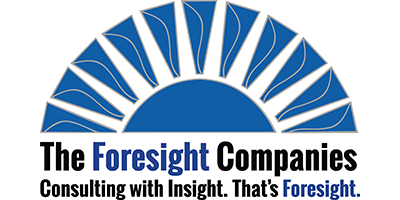 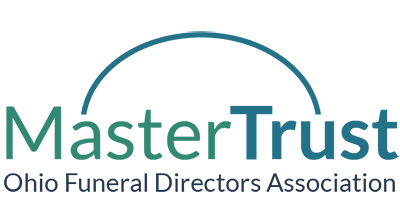